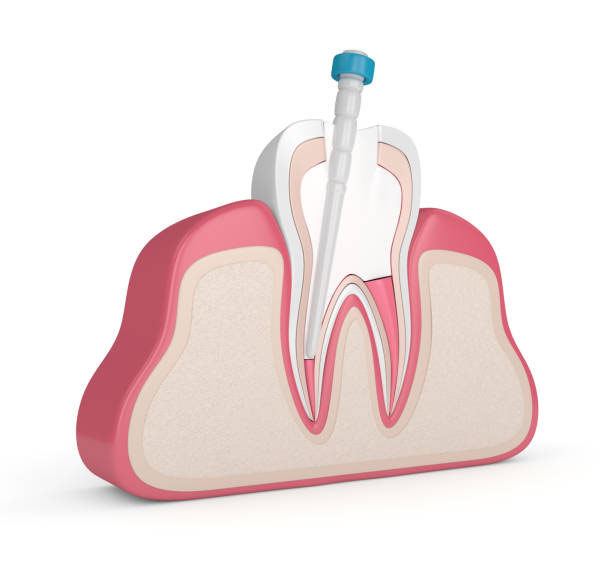 Giving a tooth one last chance

Root canals have a somewhat undeserved bad reputation in popular culture.  This is most likely due to the fact that a root canal most often becomes necessary after the tooth is already in a great deal of pain from infection.  This infection can come from a large cavity that has reached the nerve or pulp in the center of the tooth or it can also come from the tooth being cracked or damaged.

What else is involved?

The pulp consists of nerves, blood vessels, and other soft tissues that reside in the middle of the tooth and extends all the way down the roots in tiny “canals.”  The root canal procedure involves removing all of the diseased tissue from the center of the tooth and down the canals, disinfecting the inside of the tooth and stopping the disease process, and filling the canals with a flexible material that prevents reinfection of the root canal spaces.  The root canal procedure allows for the saving of teeth that would otherwise have to be extracted.  Once a root canal is performed on a tooth a crown is usually placed to strengthen the remaining tooth structure and restore the tooth to proper function and appearance.

Root canals are really not as bad as people fear and most often the patient feels very little soreness after the procedure.